We are delighted to host Dr Aleksandra Vukotić, University of Belgrade (Faculty of Philology) for an Erasmus+ teaching visit between March 12th and 16th, 2018. She will give three transdisciplinary interactive seminars and an Open Lecture, in the domain of media, cultural, literary and film studies.

In this session, Aleksandra will explore the reasons why metafiction became immensely popular in the 2nd half of the 20th century, especially in the 60s in the U.S. Through numerous examples from the U.S. fiction and popular culture (from ‘Pulp Fiction’ to the latest season of ‘Twin Peaks’) she will discuss why we cannot dismiss metafiction as ‘a thing of the past’ and why metafictional strategies still have the capacity to inspire us to think critically about today’s world.

Intertextuality in Jeanette Winterson’s ‘The Gap of Time’

Whoever controls your eyeballs runs the world : A “Paranoid” Reading of Media

This seminar explores one of the most pressing issues of today’s world – the problem of ever-present violence in the media and terrorism as a new world narrative. It focuses on the feedback loop between media and violence, escalating in terrorist attacks (which would be ‘nothing without the media’ as Baudrillard explained), again as reflected in contemporary fiction and film. It also discusses the misuse and abuse of the power of media, inviting the audience to think about the possible ways out of this ‘vicious circle.’ The novelists and filmmakers who closely follow and explore media strategies in their works (only to subvert them) will surely be a fertile source of ideas and inspiration.

Have we placed too much faith in reason and technology? Is technology our fantasy? As we rely more and more on technological advancements and innovations, do we move away from the factual reality towards fiction and illusion? Is our wish to explain away the mysteries of our time through science and technology ultimately a death wish? Or, as a character notes in DeLillo’s Zero K, Does technology have a death wish?

Michelangelo Antonioni, one of the most influential filmmakers of the 20th century, and Don DeLillo, one of the greatest contemporary American novelists, have repeatedly adressesed these questions in their works, examining what happens with the human need for the marvellous and the sublime in the world of technology which promises revelations of all mysteries. We will discuss this topic through examples from Antonioni’s cult film Blow-Up (1966) and DeLillo’s novels Libra (1988), Underworld (1997) and Falling Man (2007), focusing on the characters’ fascination with dead bodies caught on film and photograph. 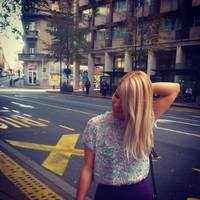 Aleksandra Vukotić is Assistant Professor at the English Department of the University of Belgrade. She holds a PhD in American literature, and she is currently preparing a manuscript on history and fiction in the novels of Don DeLillo. Aleksandra is also a freelance translator and member of the editorial board of the Belgrade BELLS Journal published by the University of Belgrade. Her interests include, among other, contemporary American literature, selected problems of literary theory, literary and visual studies.

You are welcome to attend any or all of Dr Vukotić’s seminars. No need to register.

For an outline of all Language & Communication events the week commencing March 12th 2018, please click here.