We were absolutely delighted to welcome at Middlesex University last December the internationally renowned sociolinguist and Professor at Queen Mary University of London, Jenny Cheshire, for a fascinating and really engaging presentation on new youth language in London and Paris.

If you’ve missed it, here’s a teaser and the full videorecording of the presentation.

And of course, check our exciting upcoming Language & Communication research Seminars for 2018!

We are delighted to confirm the updated lineup for the second term of our 2017-18 Language and Communication Research Seminars at our Hendon Campus. 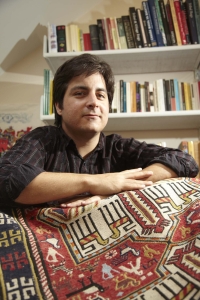 The Language and Communication Research cluster is delighted to welcome Professor Stephen Cowley (University of Southern Denmark) for a presentation on language and semiosis.

Contemporary humans carry the mark of Cain or, alternatively, bear responsibility for (most) earthly life.  Should we shoulder this burden?  In striving to understand the question, Stephen Cowley turns to what the folk call ‘language’ and, in so doing, contrast views that begin with semiosis and languaging respectively.

Leaving metaphysics aside, language is seen as both human and semiotic (see, Cowley, 2011; 2017; Love, 2017). Pursuing parallels/contrasts between semiotic and radical ecolinguistic views, Cowley turns to language-activity. Using canonical examples, he shows how the fields differentiate between humans and other social mammals. Specifically, while humans can be seen as a symbolic species (e.g. Deacon, 1997), they can also be seen as ecologically constituted (e.g. Ross, 2007). On the latter view, far from being symbolic, languaging enacts embodied cultural activity.  On this deflationary view, the symbolic is, above all, a mode of description.

Humanness draws on nothing fancy but is, rather, rooted in coming to hear utterance-acts as repeatables (den Herik, 2017). Later, using mimesis (Donald, 1991), collectives make up new kinds of understanding and responsibility. Just as people come to take a stance to languaging, they learn to see pictures or marks as signs.  It is concluded that earthly responsibilities are, as Ross suggests, ecologically constituted.

Stephen Cowley is Professor of Organisational Cognition at the University of Southern Denmark (Slagelse Campus). Having completed a PhD entitled “The Place of Prosody in Conversations”, he moved from the UK to post-liberation South Africa and shifted his academic focus to Cognitive Science. In empirical work, he has examined prosodic, kinematic and verbal interactions within families, between mothers and infants, with robots, in medical simulations and in the practice of peer-review. Tracing intelligent activity to agent-environment interactions gives new insight on language, problem finding, decision making and how temporal ranging serves people, groups and organisations. He coordinates the Distributed Language Group, a community that aim to refocus the language sciences on the directed, dialogical activity that grants human life a collective dimension. His papers span many areas and, recently, he has edited or co-edited volumes entitled: Distributed Language (2011, Benjamins) Cognition Beyond the Brain: Computation, Interactivity and Human Artifice (2017, Springer, 2nd Edn) and Biosemiotic Perspectives on Language and Linguistics (2015, Springer).